This multi-part blog series describes our journey in trying to craft the coolest programmable gamepad we could possibly make, starting out from the very bottom.

When you are an "ideas" guy, it's not hard to find yourself in a sea of trouble. It all starts when someone encourages one of your ideas, causing it to manifest and spawn into actual obligations.

This is one of those stories.

In 2018, I (Sebastian) submitted an abstract to the Norwegian Developer Conference in Oslo, Norway. The submission was titled "IoT is fun using MicroPython".

MicroPython is a port of the Python programming language, specifically designed to run on microcontrollers. OK, so what is a microcontroller? That's covered in short here.

After my submission was (unexpectedly) accepted, it slowly dawned on me just how much I would have to learn; not just the intricacies of programming for embedded systems, but also how to run said programs and assemble the hardware. As I had missed the Arduino wave of the 2010s, I was pretty much starting from scratch. Yay for having ideas!

After teaming up with my friend Morten, we got to the task of building a box that would house our microcontroller running MicroPython, as well as some components.

Since our makerspace has a laser cutter, making the box itself was not so difficult. We headed over to makercase.com and specified a reasonable inner height, width and depth. After downloading the auto-generated vector drawing, we opened it in inkscape and added some openings for the front-facing components.

The microcontroller can be spotted on the top left, resting on a white breadboard. It connects to (links not sponsored):

If you are having trouble seeing these components in the picture above, I wouldn't blame you. There is a massive hellscape of cables blocking your view. The cables connecting the hardware were completely out of control, bursting out in all directions. With all that outward pressure, closing the box felt like putting an exploding grenade back together.

At the end, well before the conference (i.e., hours before the presentation), we managed to get the box fully functional. Presentation saved!

Next chapter coming in a week's time!

The ByteBarista team is holding a workshop on June 17-18th as part of NDC Oslo 2019. Link here.

The ByteBarista team is holding an IoT workshop at NDC Oslo this coming June. We want to design a programmable gamepad so that attendees can focus on software.This multi-part blog series describes 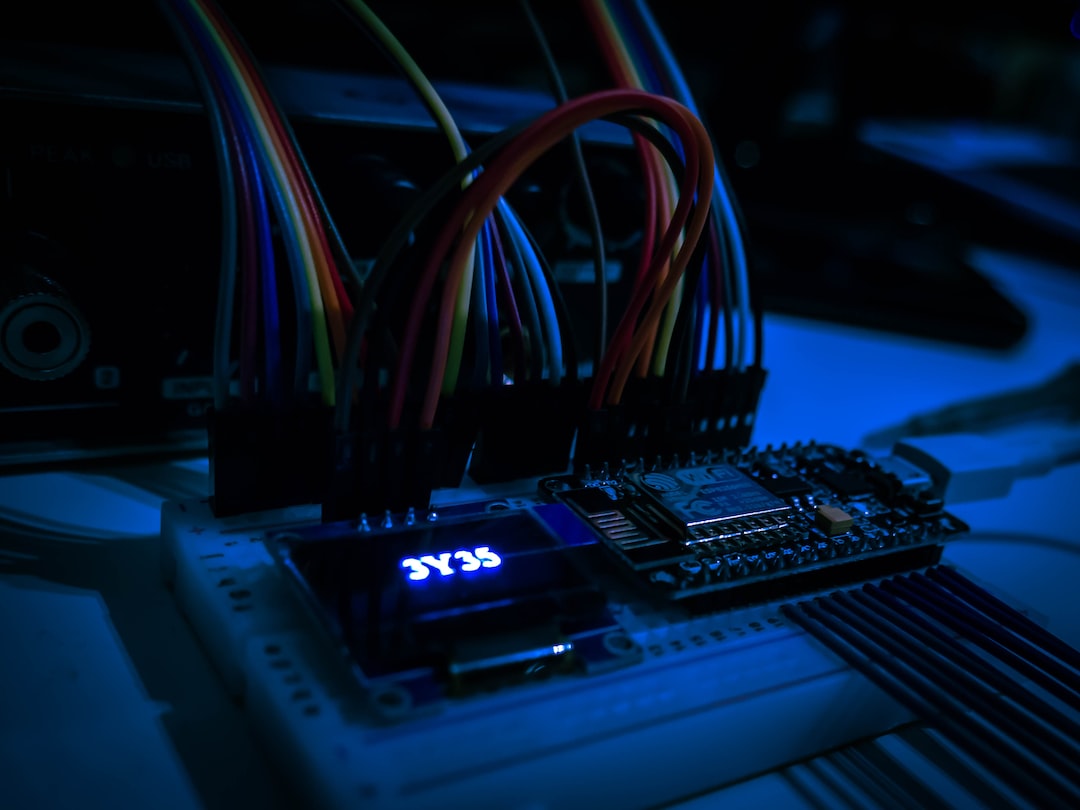 The mysterious sounding "microcontroller", often shortened to MCU, is something we mention a lot here at Bytebarista. But what is it really, and what is it used for?